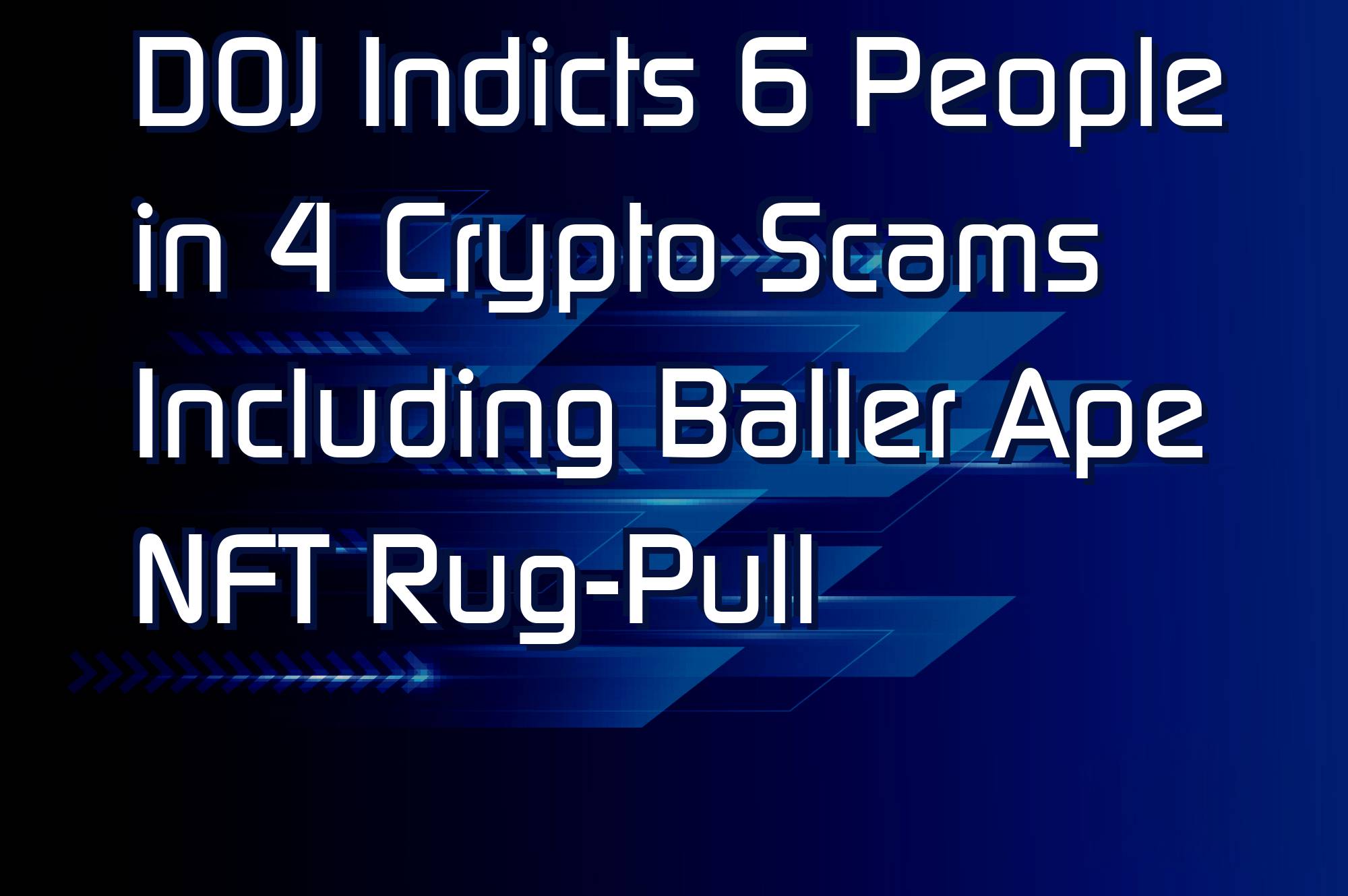 The US Department of Justice (DOJ) has indicted 6 people in 4 different cases of cryptocurrency frauds, including Baller Ape NFT rug-pull, worth nearly $130 million.

According to a release from the agency, Vietnamese national Le Anh Tuan, 26, pulled down the website and fled with investors’ money after the first-day public sale of Baller Ape NFTs in the Central District of California. The NFTs depicted various cartoon figures including those of an ape.

“In total, Tuan and his co-conspirators obtained approximately $2.6 million from investors. If convicted of all counts, Tuan faces up to 40 years in prison,” the release said.

Using blockchain analytics, the investigators found out that Tan and his associates had used the chain-chopping method to launder the stolen money. The defendants converted the coins into other assets and moved them to different blockchain networks using decentralized crypto swap services to hide the trail of funds.

The three other fraud cases in which the DOJ indicted five people are a global Ponzi scheme that involved unregistered crypto assets, an ICO faking business associations with top companies, and an investment fund traded on crypto exchanges.

The Ponzi scheme that generated nearly $100 million in investments involved two Brazilians and one US national and the case is being tried in the Southern District of Florida.

In the fraudulent ICO case, one California resident, 54-year-old Michael Alan Stollery, was indicted for using fake and fabricated testimonials and business relationships with companies such as Apple, Pfizer, and The Walt Disney Company in the whitepaper. His Titanium Blockchain Infrastructure Services (TBIS) raised approximately $21 million.

The fraudulent investment fund involved nearly $12 million raised for an unregistered commodity pool for investments in futures and commodity markets through a bot, promising 500% to 600% returns.

Last month, the US Department of Justice convicted a cryptocurrency trader, Jeremy Spence also known as Coin Signals, for defrauding over 170 people of more than $5 million. The 25-year-old Rhode Island resident was sentenced to 42 months in prison for making false claims to attract investments.

In another case, regulators in Alabama, Kentucky, New Jersey, Wisconsin, and Texas red-flagged an NFT project run by a Russia-based organization soliciting funds from US investors for a metaverse casino project – Flamingo Casino Club.

It offered land and other properties in the metaverse casino as NFTs and promised attractive returns to investors. Since the project began in March after the economic sanctions on Russia, the regulators found the investment proposals from the project unlawful.

@$19167: DOJ Indicts 6 People in 4 Crypto Scams Including Baller Ape NFT Rug-Pull    was posted on July 2, 2022. This post may include a link to a website operated by a 3rd party. MegaSheep doesn’t claim to own or represent any of the trade names, products or trademarks associated with any of the linked posts!