@$24376: With Accelerating China Issues, What Is Bitcoin’s Place In Macro? 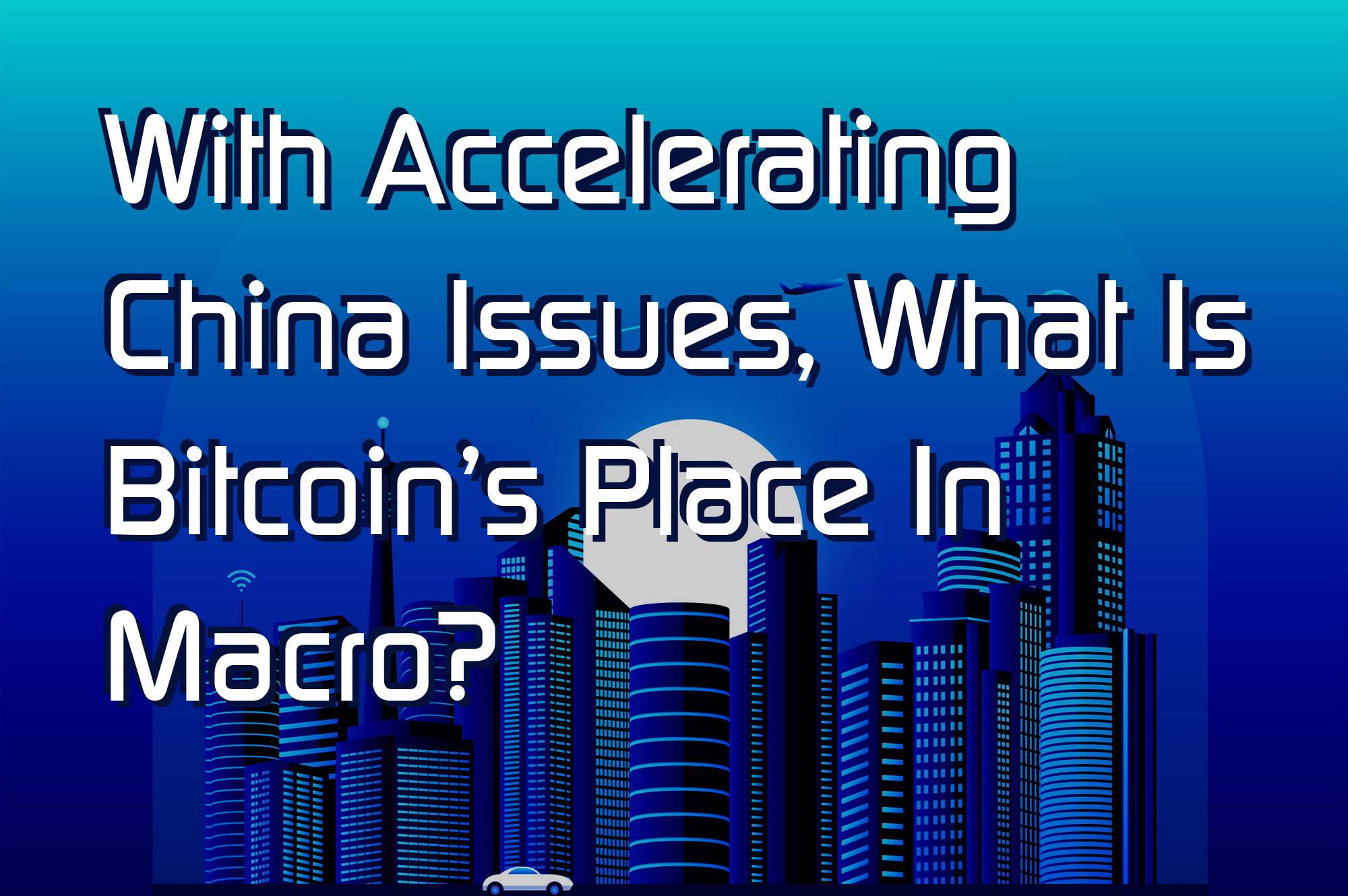 Pakistan is facing a similar fate as Sri Lanka and the Taiwan situation is heating up. Geopolitics can give us a glimpse into bitcoin’s role in macroeconomics.

Listen To This Episode:

“Fed Watch” is a macro podcast, true to bitcoin’s rebel nature. Each episode we question mainstream and bitcoin narratives by examining current events in macro from across the globe, with an emphasis on central banks and currencies.

In this episode, Christian Keroles and I go through several charts, giving market updates on bitcoin, the dollar index (DXY) and the Hong Kong dollar. Next, we examine the deteriorating situation in Pakistan and ask the question, “Is it the next Sri Lanka?” Lastly, we discuss the Taiwan/China situation and I read several important snippets, one from Chinese foriegn minister Wang Yi and the other from think tank expert Wang Wen.

Bitcoin And Other Currencies

We open by looking at a weekly chart of bitcoin. We’ve done this for the last few shows because it is a good way to anchor our conversation. As you can see below, the price has been very stable, sitting on the fence in regards to the volume-by-price indicator on the right.

If we zoom out, the last period with weekly candles similar to the time of recording was back in September-October 2020, right before the monster rally from $10,000 to $40,000. Of course, we aren’t saying that it will happen again exactly like that, but it is possible.

The dollar index (DXY) is the other major currency we take a look at today. I believe it is important to check the dollar almost every episode because it is the main competition for bitcoin.

It does seem as though it has peaked for the time being, but there is no sign that it will crash. Instead, the dollar is most likely to form a new elevated range above 100 for the next few years. This is similar to how it formed a new higher range from 2015 to 2021.

Below is a screenshot from the Hong Kong Monetary Authority website. Each month they release statistics on their foreign currency reserves, which they use to stabilize their peg. On August 3, 2022, I speculated that maintaining the Hong Kong dollar (HKD) peg was rapidly draining their reserves. However, according to this press release, they only used slightly more than 1% of their reserves in July to maintain the peg. That means the HKD is likely able to keep the peg (if they want to) for several years.

Pakistan On The Brink

The developing situation in Pakistan has a lot of things in common with the recent collapse in Sri Lanka. In the podcast, I point to their involvement with the World Economic Forum (WEF). Pakistan has received hundreds of millions of dollars in funding to revamp their agricultural sector and add national parks.

Another similarity between Pakistan and Sri Lanka is the important role Chinese funding has played in the last decade. Sri Lanka lost control of their major port because they couldn’t pay back Chinese loans and now Pakistan is saddled with approximately $20 billion in high-interest loans to China and Chinese companies.

Pakistan has only two months left in the budget and are desperately courting new lenders. The Chinese have turned them down, the Arab states are thinking twice. The only place to turn is back to the IMF — and that means harsh austerity.

As I’ve said on many occasions, the BRI is doomed to failure. They are attempting to make places and routes economically viable where the long span of history hasn’t already done on its own. No amount of money can overturn millennia of culture and eons of geography.

Once again, one of the important links in the BRI has been bankrupted by the Chinese central planners.

I’ve been discussing the Nancy Pelosi situation and the Chinese response for days on my Telegram live streams.

In this episode of the podcast, I read some excerpts from a noted Chinese minister and a Chinese think-tank expert. You can read Wang Yi’s full comments here. Suffice it to say for this article, he repeated “One China” many times and said the U.S. is the side trying to change the status quo. He also had very harsh words for Tsai Ing-wen, the sitting President of Taiwan. He said she “betrayed the ancestors.” In another translation, I heard Yi’s original comments also said she betrayed her ancestors [and her race].

The next comments I read were from Wang Wen, executive dean of the Chongyang Institute for Financial Studies at Renmin University of China (RDCY) and the executive director of the China-U.S. People-to-People Exchange Research Center. He tries to explain why China’s response was so weak and that China should not provoke an armed conflict with the U.S. until it can “outperform the U.S. in terms of economic power, attain financial and military strength comparable to that of the U.S. and develop an overwhelming capacity to counter international sanctions.”

Sounds a long way off to me. I’ll simply advise the reader to not get caught up in fear-baiting rhetoric about Taiwan and China. They are disciples of Sun Tzu, who said “appear strong when you are weak.” Wen also quoted Sun Tzu.

“A major military clash with the US is not the goal of China’s foreign policy, nor is it the path to a better life for the common people. Recall what Sun Tzu wrote in The Art of War: ’Do not act unless there is something to gain 非利不动; do not use military force without the certainty of victory 非得不用; do not go to war unless the situation is critical 非危不战.’”

We wrapped up the podcast talking about the upcoming consumer price index data release and other things pertinent to bitcoin. Overall, a must listen episode!

That does it for this week. Thanks to the watchers and listeners. If you enjoy this content please subscribe, review and share! Don’t forget to check out Fed Watch Clips on YouTube. Liking and sharing videos is the best way for us to reach new people.

This is a guest post by Ansel Lindner. Opinions expressed are entirely their own and do not necessarily reflect those of BTC Inc. or Bitcoin Magazine.

@$24376: With Accelerating China Issues, What Is Bitcoin’s Place In Macro? was posted on August 13, 2022. This post may include a link to a website operated by a 3rd party. MegaSheep doesn’t claim to own or represent any of the trade names, products or trademarks associated with any of the linked posts!