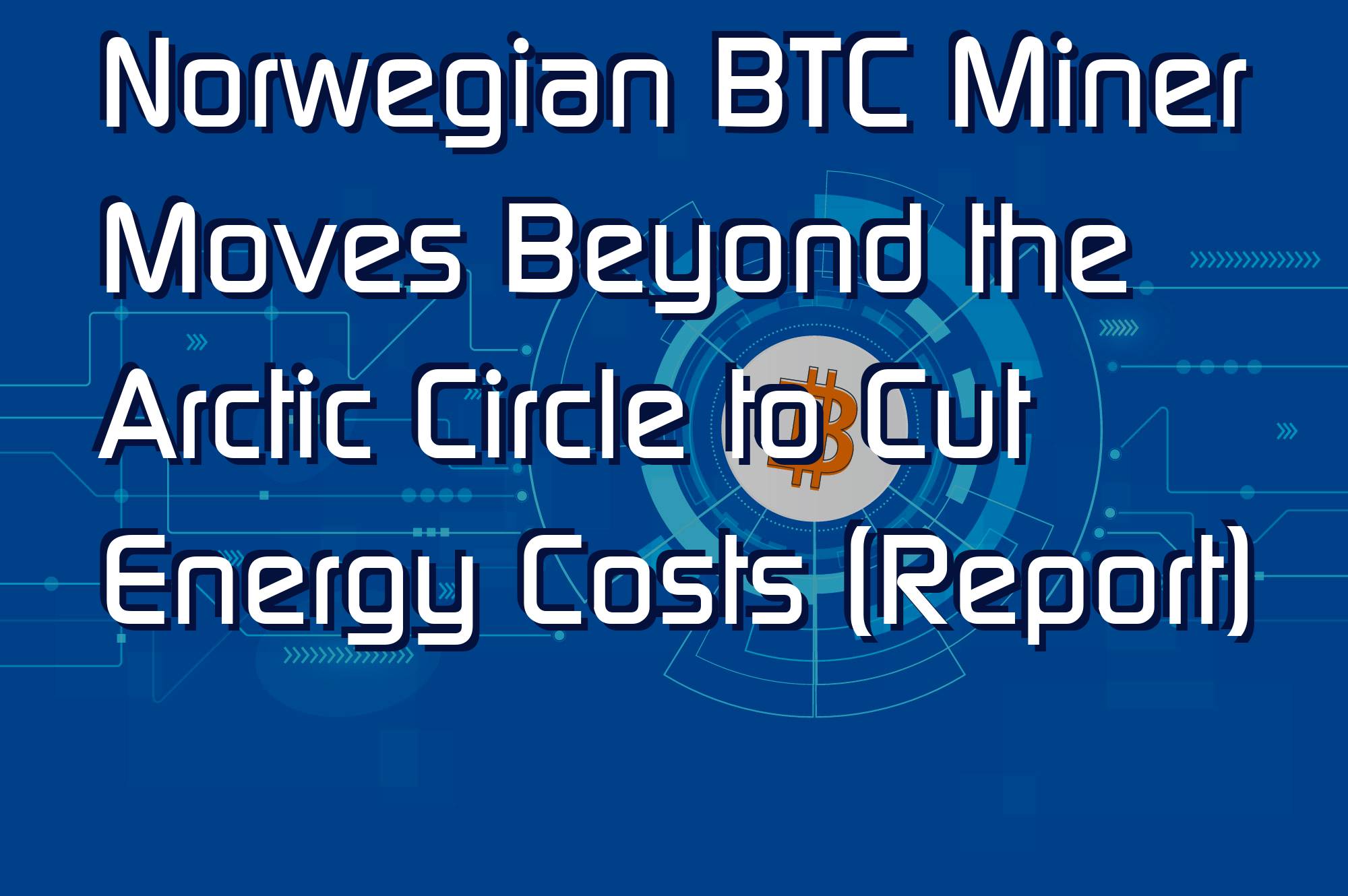 The Norwegian bitcoin mining company – Kryptovault AS – reportedly plans to move its operations north of the Arctic Circle. The relocation is prompted by the rising electricity costs in the country, while the northern regions are still relatively unaffected by the crisis.

Over the past few years, Norway has turned into a cryptocurrency mining center for the European region due to its green policies. According to estimations, 98% of the energy production in the nation comes from renewable sources.

Looking for a Cheaper Area

As reported by Bloomberg, Kryptovault AS intends to migrate most of its crypto miners to the coldest part of Norway. The company’s Chief Executive Officer – Kjetil Hove Pettersen – said electricity prices there are 160 times cheaper than in the south.

It is worth noting that Kryptovault AS produces bitcoin almost entirely with renewable energy, as 98% comes from hydropower. This could be considered another reason why the firm decided to move north since there are plenty of water sources in the region close to the Arctic Circle.

Despite these advantages, the transition has its minuses, too. Pettersen explained that initially, the entity will have to pay some significant expenses, including the transportation of the machinery:

“The relocation project will, of course, add other expenses and complications, however, with the current conditions, it is an existential requirement to do this.”

Currently, Kryptovault AS operates data centers at two locations in southern Norway. The water shortage there has been so significant in recent years that the government has started considering curbs to safeguard domestic supplies.

The electricity prices in Oslo, on the other hand, have skyrocketed in the past two years, while the costs in the northern city of Tromso have even decreased for the same period.

A recent study conducted by Arcane Research determined that Norway produces close to 1% of the global hash rate, and it is entirely powered by renewable energy. Some leading local players in the field include companies like Northern Data, Bitdeer, Bitzero, and COWA.

The Former Minister of Climate is a HODLer

Over the years, bitcoin has become an attractive investment tool for multiple politicians across the globe. Such an example is Norway’s ex-Minister of Climate and Environment – Sveinung Rotevatn.

Last year, he revealed he holds an undisclosed amount of BTC, classifying the asset as a “well-suited store of value.” Speaking of its main merits, Rotevatn maintained:

“What might make Bitcoin so exciting is that it has some of the same properties. You can’t suddenly discover a ton of Bitcoin somewhere, giving one country huge reserves. It’s spread evenly, it grows slowly, but steadily, and has a finite supply… Therefore, it’s theoretically well-suited as a store of value.”

@$24468: Norwegian BTC Miner Moves Beyond the Arctic Circle to Cut Energy Costs (Report) was posted on August 13, 2022. This post may include a link to a website operated by a 3rd party. MegaSheep doesn’t claim to own or represent any of the trade names, products or trademarks associated with any of the linked posts!