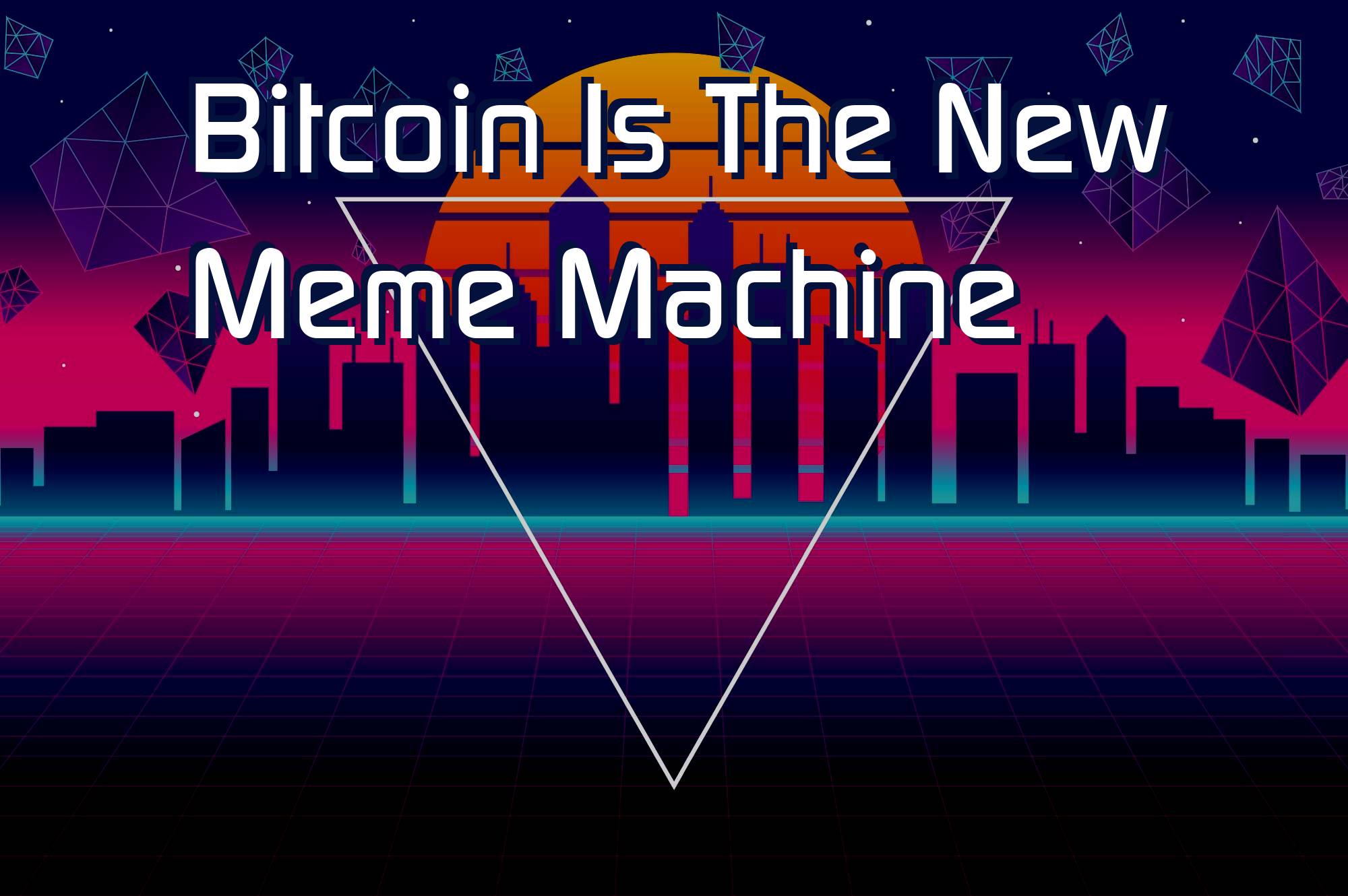 Sound money like Bitcoin facilitates rational memes that are strengthened by criticism, while fiat creates memes that inhibit criticism.

This is an opinion editorial by Logan Chipkin, a freelance writer interested in Bitcoin, economics, physics, philosophy and history.

Money doesn’t make the world go ‘round. Ideas do.

In “The Fiat Standard,” economist Dr. Saifedean Ammous explains how our devolution from a hard money standard to a fiat standard has caused distortions in virtually all of the modern world’s fundamental sectors: education, nutrition, energy, science and medicine, to name a few.

“…[Fiat] severs the connection between work and reward. Rather than the market offering individuals reward for their work as valued by the others they serve, fiat money makes monetary reward highly dependent on political obedience and connections. Instead of learning to be productive, fiat teaches you to play politics. Instead of work being rewarded based on its productivity, it is rewarded based on artificial status games.”

But fiat is more harmful to progress than Ammous’ devastating explanation suggests. What people choose to do, what problems they choose to tackle and what solutions they aim to create, are predicated on their ideas.

Some ideas evolve by surviving criticism: in science, these are theories that pass rigorous testing and debate. In the market, these are the ideas behind products that yield a profit. In culture, they are behavioral patterns that survive moral, aesthetic and political criticism. Following physicist David Deutsch, we may call ideas that spread by surviving criticism rational memes.

The more our culture is dominated by rational memes, the better able we are to create wealth. The more we are able to throw away ideas that fail to survive criticism, the more our actions will be predicated on ideas that are in concert with reality.

Unfortunately, some ideas spread by suppressing criticism, rather than by surviving it. And this is where a fiat standard rears its ugliest head.

Consider how diversity, equity and inclusion mandates (DEI) spread. Advocates of DEI intimidate dissidents into silence, all too ready to demonize its opponents as “racist” and “sexist.” Across universities, corporate America and media, fear of ostracism and slander has a chilling effect on those who disagree with DEI prescriptions. Thus, DEI rarely has to answer for itself. Rather, it rampages forward, neutralizing all would-be criticism in its path.

Market feedback is a form of criticism, too. On a hard money standard, DEI-driven companies and universities would compete with meritocracy-driven alternatives. Market competition has a way of ruthlessly culling waste and mistakes. Expending capital on quasi-religious sessions and hiring practices that satisfy diversity quotas are costly mistakes. On a hard money standard, such companies would quickly lose out to companies whose only agenda was to produce what consumers most want at the lowest possible price.

But we don’t live in a world of hard money. The fiat standard allows for DEI, a collection of ideas that does not help companies provide better products, to thrive. In a fiat currency regime, governments and their central banks can create money out of thin air to subsidize companies, universities and nonprofits with DEI mandates. Thus, the inherent advantage of institutions that are not ideologically captured is lost. Neither open discussion nor market feedback are as effective in extinguishing DEI as they would be under a hard monetary regime.

Environmental, social and governance (ESG) mandates follow a similar logic to their DEI parallel. Organizations that conform to ESG mandates must satisfy a list of criteria that are often antithetical to their ability to appease the market. They expend precious time and resources ensuring that they are sufficiently environmentally friendly and boast a workforce that is diverse in some meaningless sense. Dissenters of the ESG movement are not engaged with, but rather slandered as “climate deniers” or “selfish.”

Governments and international organizations like the International Monetary Fund will often only fund projects that conform to ESG mandates. Thus, companies will abide by these costly constraints in order to gain access to the fiat faucet.

Absent this criminally easy fiat money, ESG-conforming companies would be forced to compete with companies whose only drive is to best satisfy the market. Consumer choice would serve as criticism of ESG, which in turn would wither away in the presence of leaner, more efficient competitors.

It’s important for Bitcoiners (and hard money advocates more generally) to concede that there are no guarantees. Anti-rational memes like DEI and ESG may survive as we evolve towards a Bitcoin standard. However, without access to fiat money, they will be far less able to suppress criticism (either rhetorical arguments or market feedback). In general:

Ammous is correct that a fiat regime drives institutions to appease politicians rather than solve the problems they were originally designed to solve. But, as I hinted at earlier, the deleterious effects of a fiat regime are deeper than that: they give anti-rational memes a shot in the arm, of which Ammous’ examples are but a subset.

To be sure, there are other error-corrective mechanisms in society, which is why we’ve been able to make progress despite fiat’s tentacles slithering into ever further corners of civilization. Moreover, the cost of spreading anti-rational memes hasn’t fallen to zero ever since fiat replaced gold. Rather, the cost has fallen relative to what it would be under a hard money standard. The inverse is true for rational memes: their returns haven’t fallen to zero, but rather are lower than they would be under an honest monetary regime.

Bitcoiners are right when they say that Bitcoin will lower our collective time preference, make for a more honest culture and fortify property rights. But a more fundamental consequence of hyperbitcoinization is the subsequent change in the processes by which ideas spread. Fiat makes the suppression of criticism cheap, and therefore stunts progress. A hard money standard aligns the best ideas in society with the greatest opportunities for profit (either monetary or psychic).

A Bitcoin world is one in which the arena of ideas is once again egalitarian, where an idea cannot survive by relying on subsidies and intimidation tactics, but only on merit. Anti-rational memes will suffer, rational memes will thrive, and we will experience the most open society that history has ever seen.

This is a guest post by Logan Chipkin. Opinions expressed are entirely their own and do not necessarily reflect those of BTC Inc or Bitcoin Magazine.

@$24506: Bitcoin Is The New Meme Machine was posted on August 13, 2022. This post may include a link to a website operated by a 3rd party. MegaSheep doesn’t claim to own or represent any of the trade names, products or trademarks associated with any of the linked posts!