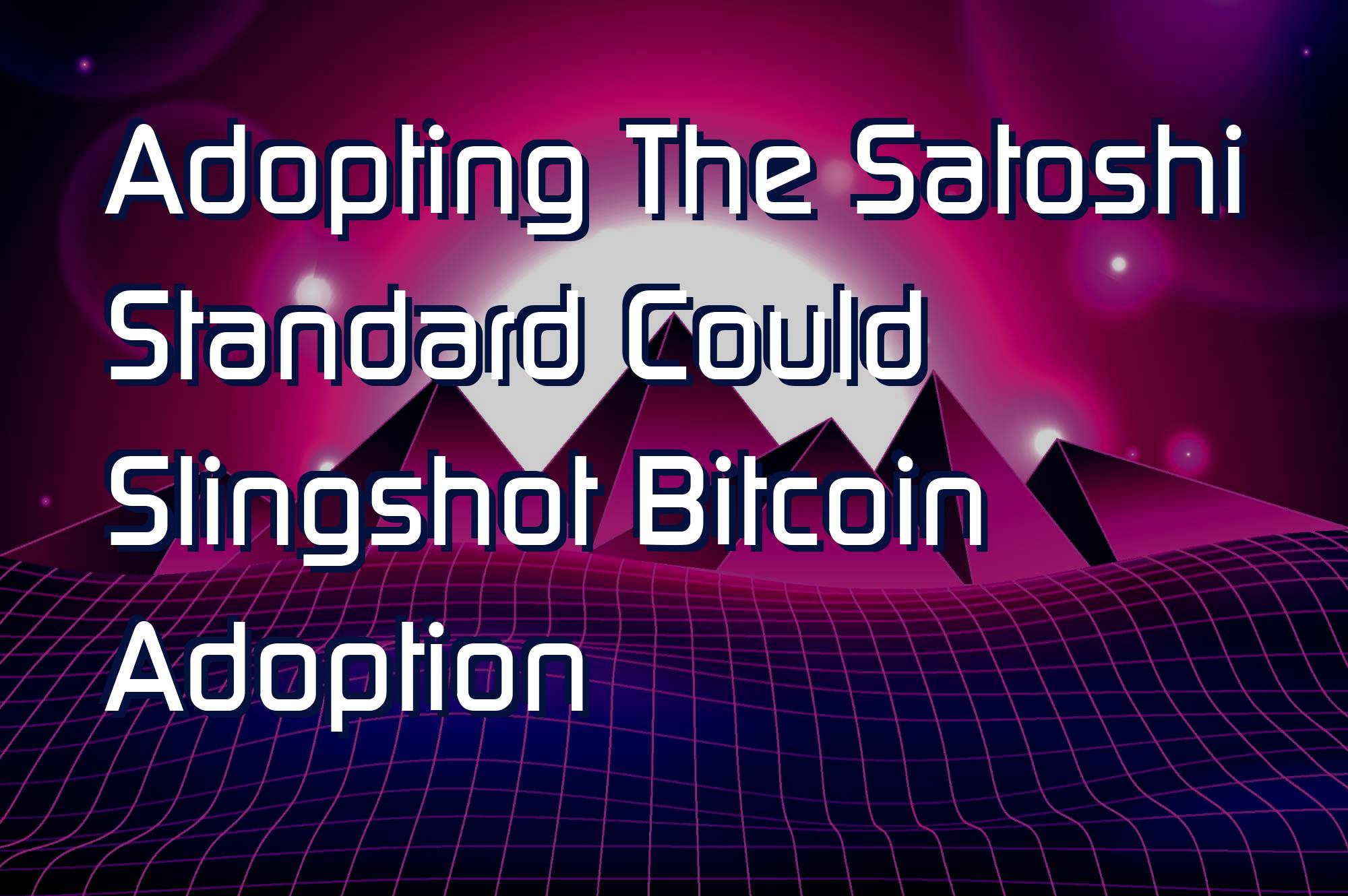 Changing the phrases Bitcoiners use also reframes the way people think about Bitcoin and could make it easier to adopt.

This is an opinion editorial by Mickey Koss, a West Point graduate with a degree in economics. He spent four years in the infantry before transitioning to the Finance Corps.

While discussing the blind spots of Bitcoin with another Bitcoin Magazine contributor, we agreed that the lack of delineation between Bitcoin the asset, protocol and network may be one of the most salient issues holding back greater adoption.

The blind spot I want to address involves the 21-million hardcap meme, which is, in fact, a rounding error. I get it; it’s catchy and useful, like most memes are, but in a way, I think it’s actually holding Bitcoin back.

The Bitcoin network enforces the bitcoin standard on the bitcoin asset. The hard cap is actually 20,999,999.9769 bitcoin, with the 21 million being the limit in a math equation, not the maximum itself. Notice all the decimal points? As most of you are aware, the satoshi (sat) is the smallest denomination of bitcoin at .00000001 BTC.

If you think about it, though, if bitcoin is divisible and the satoshi is not, is the Bitcoin network not enforcing a satoshi hardcap? The Bitcoin protocol does not deal in fractions — only whole satoshi units. If you view it through that divisibility lens, it’s always been satoshis.

The impact of this particular blind spot I see is twofold. First, it’s allowing shitcoiners to leverage unit bias, dissuading potential adopters from even attempting to jump on the life raft. Second, it’s prolonging the transition from a speculative store of value to a unit of account in the Bitcoin network’s slow march towards global reserve currency.

The hard truth, though, is that there just isn’t enough bitcoin to go around. A common saying is that the population of millionaires on Earth outnumbers the number of full bitcoin that will ever exist by more than a factor of two. Furthermore, the five-figure USD price is an immediate turnoff to the uninitiated but curious. We’ve all heard it before:

“Bitcoin is too expensive.”

“I can’t afford a full bitcoin.”

“Why would I buy a piece of a bitcoin when I can buy 1000 of X shitcoin for the same price?”

Unit bias is a huge problem; one that altcoin marketers love to use to entice the uninitiated into forking over their hard-earned life energy.

If Bitcoin exchanges like River, Swan and Strike began pricing BTC in satoshi terms as a standard instead of an option, perhaps it could help put some pressure on the other exchanges to change their standards as well. We could start to take some power away from the altcoin grifters that Bitcoin Maximalists love to hate.

Know thy enemy, and then fight them with their own tricks.

It just doesn’t make a lot of intuitive sense. Decimal points with lots of zeros don’t really roll off the tongue. It also drives one of the most cringeworthy phrases uttered by the uninitiated: fractional shares.

People don’t understand bitcoin as a currency narrative because all they see is the big five-figure number at the whole coin price. How the hell are you going to pay for anything with a big old hunk of twenty-ish thousand dollars?

People see it as a chunk of gold; an unattainable goal that they missed the boat on. I recognize that there’s no marketing department, but I think we can do better than this.

Bitcoin is the meter; satoshis are the micrometer. The satoshi standard transitions Bitcoin into a monetary metric system, standardizing value measurements into a more straightforward and easier-to-understand system. Better yet, it is a more stable system than fiat currencies because as we all know, there is nobody to manipulate the supply of dollars in arbitrary ways.

By transitioning to the satoshi standard we can help supercharge the Bitcoin unit of account account idea by transitioning Bitcoin into the monetary metric system. Slowly but surely people will begin to understand the value of having a hard-capped monetary supply that nobody can mess with. Businesses will begin to demand it.

Bitcoin is not an investment. Bitcoin is not equity. There are no expectations of returns based on the business strategy of the CEO and board of directors. Bitcoin is fundamentally a savings technology; a network of permissionless, peer-to-peer value. Bitcoin is a monetary network.

The monetary asset, the satoshi, is a way to store your wealth, your life energy, in a way where it will not slowly bleed value over the years to the hidden inflation tax.

In its current pricing scheme, 1 BTC is an aspirational, yet unattainable goal for most people at this point. At best, the bitcoin standard is allowing shitcoiners to take advantage of the uninitiated by being a seemingly cheaper option. At worst, it’s prolonging the transition into a globally recognized unit of account.

We need to make Bitcoin easier for the average person to understand. We need to frame Bitcoin in a different way to facilitate its use as a unit of account. Through reframing and rebranding to a satoshi standard, Bitcoin the monetary network will be better able to permeate through society, doing what it does best: demonetizing lies and shining the light of truth on the world.

Thanks to Mark Maraia for the collaboration.

This is a guest post by Mickey Koss. Opinions expressed are entirely their own and do not necessarily reflect those of BTC Inc. or Bitcoin Magazine.

@$24580: Adopting The Satoshi Standard Could Slingshot Bitcoin Adoption was posted on August 14, 2022. This post may include a link to a website operated by a 3rd party. MegaSheep doesn’t claim to own or represent any of the trade names, products or trademarks associated with any of the linked posts!