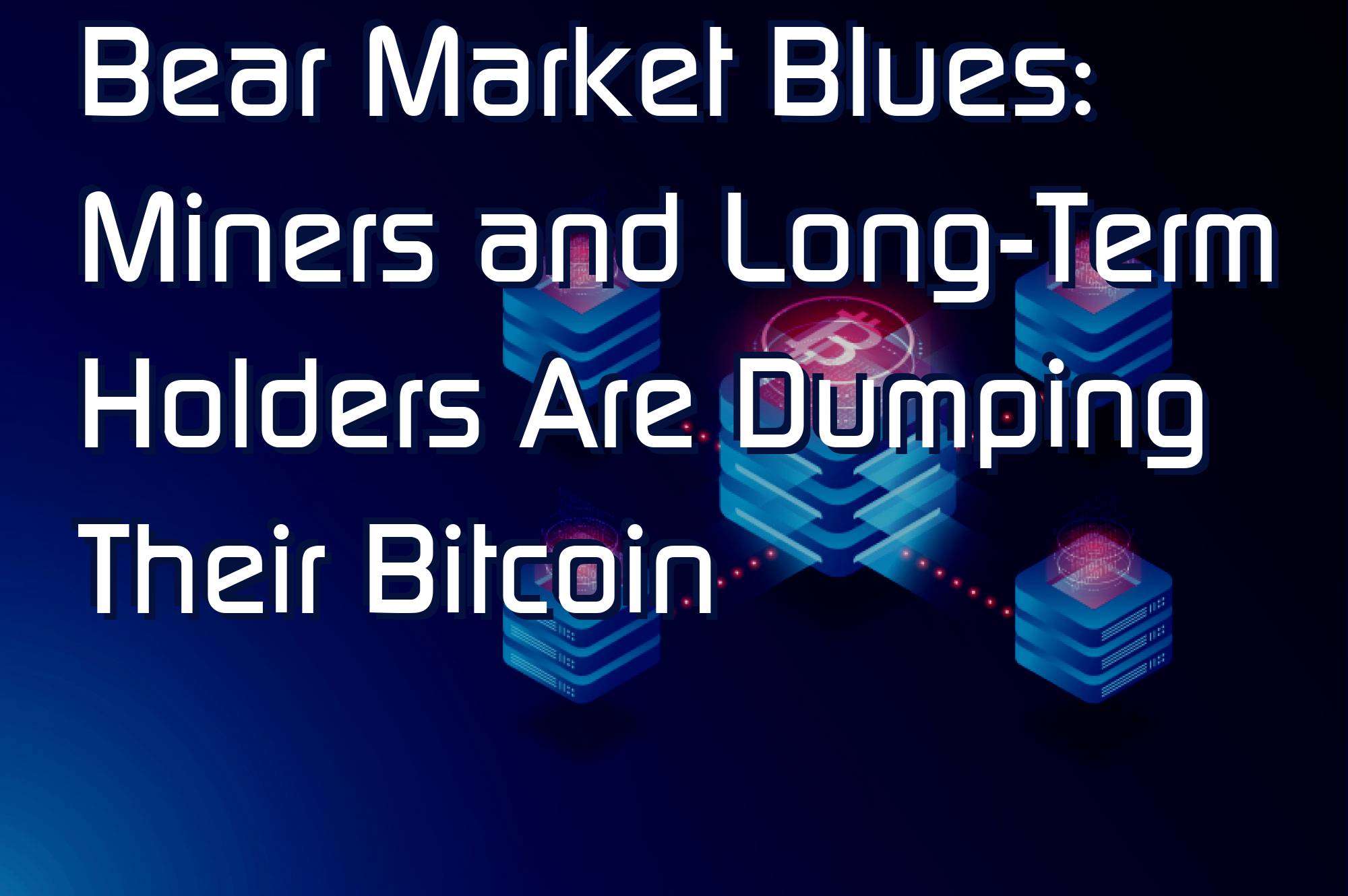 Bitcoin miners continue to operate at a loss as long-term holders are selling at a loss, according to an on-chain analysis from Glassnode.

The firm estimates that industry players are still selling roughly 8000 BTC per month to cover their USD-denominated business costs.

Miners in the Red

As tweeted by Glassnode on Wednesday, miner balances have seen large outflows since Bitcoin’s failed re-test of $24,500 in August. The price pumped alongside Ethereum in anticipation of the Merge, but has since declined after the upgrade actually went live.

“This suggests aggregate Miner profitability is still under a degree of stress with ~8k $BTC/month being spent to cover USD denominated costs,” stated the firm.

The chart provided by the company shows that outflows were greater on September 22nd than at any point in the last 2 years. The next highest outflows were in early 2021, also following a retracement in Bitcoin’s price.

Bitcoin miners earn a fixed number of Bitcoin (6.25) every time they mine a block for the network. Successfully mining a block requires consuming energy, and must use highly specialized machines called ASICs to get the job done profitably.

Machine and energy costs represent an implicit cost to mining each coin. As such, staying profitable requires cheap access to both resources – alongside a well-performing Bitcoin market.

As such, Bitcoin miners have fast been forced into selling their coins as their profits substantially decline in USD terms. In June, the public miner Core Scientific sold over 7000 BTC, leaving less than 2000 remaining on its balance sheet at the time.

Meanwhile, it would appear that long-term Bitcoin holders are also selling their coins at a loss.

According to Glassnode, its profitability has declined to levels last seen at the bottom of the 2018 bear market.

“Long-Term Holders are selling $BTC at an avg loss of 42%, indicating LTH spent coins have a cost basis around $32k,” said the firm.

Many high-profile crypto investors including Raoul Pal and Mike Novogratz believe Bitcoin’s return to the bull market territory will be largely dictated by macroeconomic policy. However, many including FTX CEO Sam Bankman Fried have predicted that the worst of the crypto bear market has likely already passed.

So far, Bitcoin has outperformed most other financial assets besides the U.S. dollar in Q3.

@$19379: Bear Market Blues: Miners and Long-Term Holders Are Dumping Their Bitcoin was posted on September 29, 2022. This post may include a link to a website operated by a 3rd party. MegaSheep doesn’t claim to own or represent any of the trade names, products or trademarks associated with any of the linked posts!