@$18753: Bitcoiners Will Not Accept Overregulation 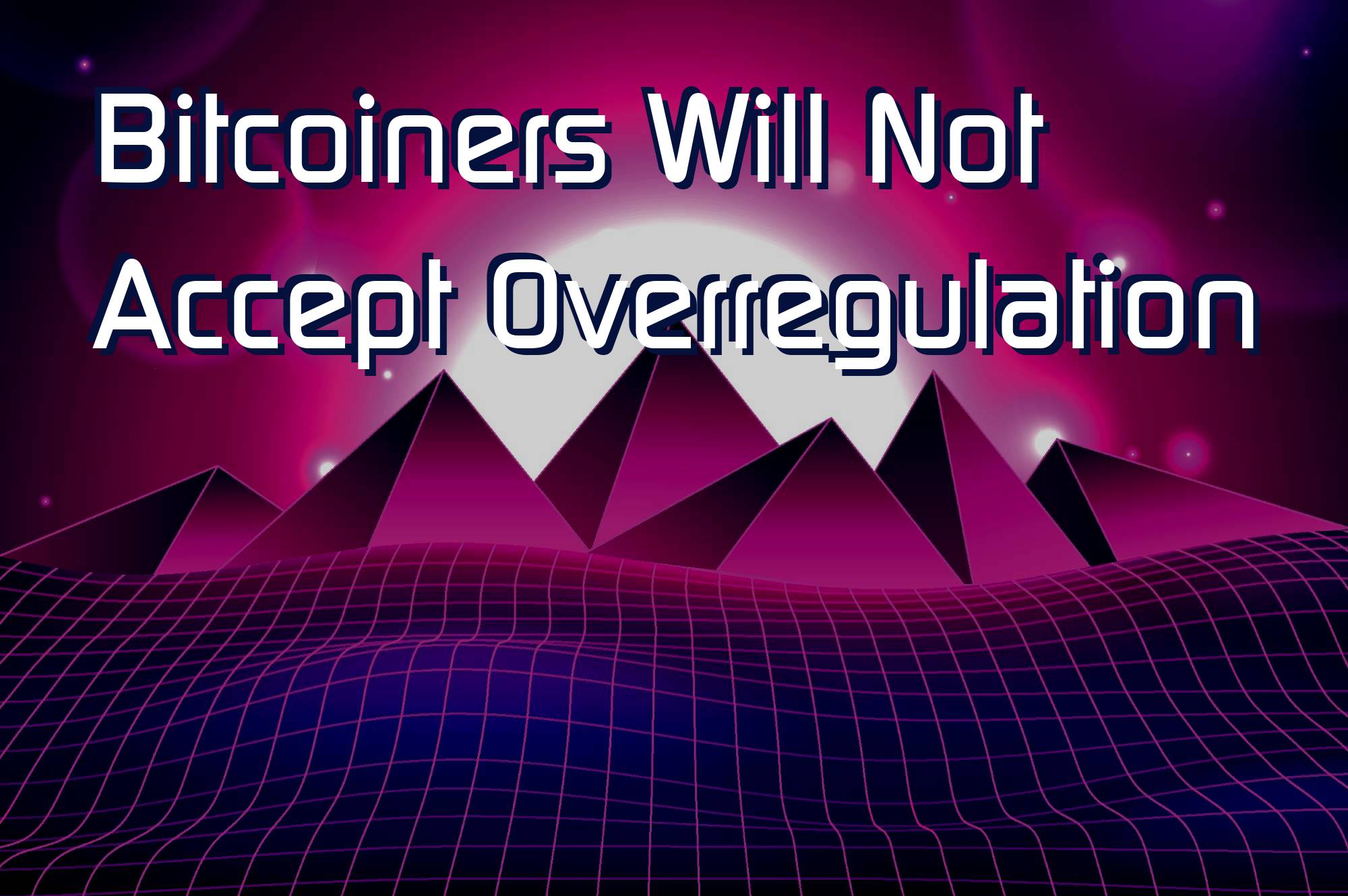 Bitcoin users are an intolerant minority who will quickly mobilize if they think that forthcoming legislation is unfavorable or unfair to Bitcoin.

This is a transcribed excerpt of the “Bitcoin Magazine Podcast,” hosted by P and Q. In this episode, they are joined by Andy Edstrom CFA, CFP and advisor to Swan Bitcoin to talk about government regulation, how to expose your family to bitcoin, the right time to buy and what is going on with the world economy right now.

Q: I’d love just your thoughts on the ongoing debate between proof-of-work and proof-of-state right now.

I think it’s gotta be causing people to sharpen their pencils. I think and hope that Bitcoin will remain a nonpartisan issue, relatively speaking, like I hope that we’ll continue to have support both on the Democratic side and on the Republican side. However, I concede it’s very possible that it will swing one way — we could probably guess which way that is. I also think that’s fine for Bitcoin in the long run because I think that Bitcoin’s ethos of self-reliance, freedom, don’t tread on me, and the right to hold your assets and function in society as a free person, I think that all plays into what it means to be an American. It’s gonna be a long battle, I think. It’s gonna be a long drawn out process.

People keep talking about legislation coming, that’s gonna be like sweeping in general and gonna cover all of crypto or even will cover some subsegments. I don’t see it as likely that we’re gonna get that legislation, even given the fact that the White House made this request for study and there’s been reports issued.

In one sense, the legislation engine has been moving slowly. The engine of executive orders and things that the president could do has been moving, but I don’t really see resolution anytime soon with respect to how everything is regulated. If you’re talking about specific prohibitions or limitations, that’s all the point you’re starting at is Bitcoin exists. A lot of people like it. They find value in it, they find it useful. Anytime you’re trying to curtail or limit or prohibit that, you’re gonna see the “Orange Army” march to the rescue, we’re gonna mobilize the troops.

It’s a big enough intolerant minority at this point. I think that any group in any part of the government that tries to crack down too hard on Bitcoin is gonna find themselves facing a lot of opposition. We’ve already seen that with various attempts at limiting access to it or treating miners as brokers. I think that was that one event that happened, I wanna say almost two years ago, and mobilized a bunch of major letter writing campaigns and people were calling their Congress people. We’ve already seen the political power that Bitcoiners can bring to bear, and I think that power is only increasing with time.

@$18753: Bitcoiners Will Not Accept Overregulation was posted on September 28, 2022. This post may include a link to a website operated by a 3rd party. MegaSheep doesn’t claim to own or represent any of the trade names, products or trademarks associated with any of the linked posts!