@$19207: Bitcoin And Anarchy Have Rules Without Rulers 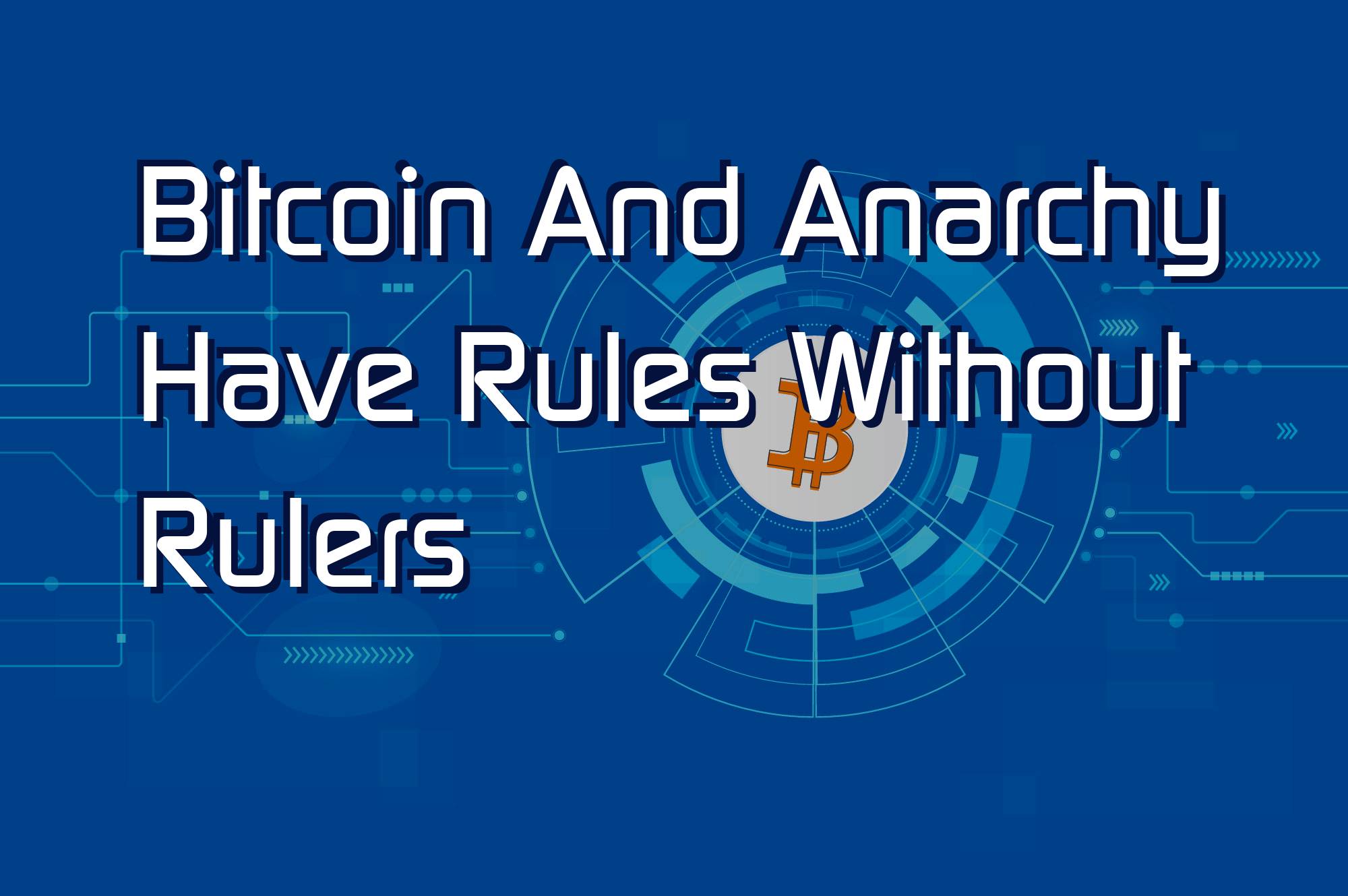 Anarchy is a perfect match for a Bitcoin because people come together to decide what rules should exist, without having authoritarians involved.

This is a transcribed excerpt of the “Bitcoin Magazine Podcast,” hosted by P and Q. In this episode, they are joined by Ben de Waal to talk about how Bitcoin-based thinking can help our political system grow into a consensus-based government.

Q: I want to understand a bit more about how you feel anarchy fits into this equation because whenever I think about anarchy, my mind goes to the third Christopher Nolan Batman movie where the Scarecrow is holding court and just sending whoever he wants out into the middle of the ice. Like that to me, is what anarchy looks and feels.

P: Do you support Scarecrow? Is what Q is asking.

Q: Are you Scarecrow or a Joker guy?

De Waal: Maybe slightly more Joker, but no, neither of them.

So anarchy is rules without rulers, and the first part of that is still very important. There are rules in anarchy. You just don’t have rulers to set those rules. It’s people coming together and deciding together what the rules should be. So, in a lot of ways you can say the Bitcoin consensus algorithm is a good example of anarchy. There is nobody saying these are the rules. There are no rulers coming down and setting them. We decide them by consensus.

Whether pure anarchy can work in the real world or not, I think is still yet to be shown. It’s been attempted a couple of times. Spain in the early 1900s had a period of anarchy, especially in Catalonia. Then we’ve got a couple of smaller examples around the world in small autonomous regions.

There’s always been attempts at anarchy. I don’t know whether pure anarchy can survive in the long term, but I’m hopeful it could, and I tend to consider anarchy more of a goal to work toward rather than being something to be implemented out of whole clock. Essentially, every time you remove unnecessary rulers from a system, you have made it more anarchic and that’s a good thing.

I want to build anarchic systems inside the current systems and basically make the current system obsolete. There’s actually a nice term from socialism about that called the withering of the state. Essentially, the state itself should just wither away as it becomes useless. Bitcoin is a great example of that.

As Bitcoin grows and becomes stronger, central banks wither away, they become unimportant, pointless, useless. Whether they exist or not, nobody cares, and eventually they just disappear on their own. Other anarchic systems — potentially supported by the economic system with bitcoin — can be used to then wither away other aspects of the state. I’d like to see how far we can take that.

Q: So if I’m following along correctly, it’s not necessarily that you want total anarchy forever. It’s rather you want the actions of an anarchy uprising in a moment, for a blip almost, to then afford and give a runway to recreate and fix whatever was broken by the leader or whoever held the power previously.

De Waal: Yeah, but potentially with a removal of that power entirely, it just depends on what actually ends up happening. I think I said this on the other podcast I was on as well, What Bitcoin Did. I will not say what the future has to look like because if I did, I would be dictating it and I am not a dictator.

I don’t have all the answers. I don’t know what the perfect future looks like. I know what I perceive as wrong with today’s society, and that is too much hierarchical control; too many authoritarians saying this is how it has to be. So, get rid of the authoritarian saying this is how it has to be in every aspect of society. That’s not just governments, that’s states, that’s organizations. That’s companies. Get rid of the authoritarians and see how far we can take that.

@$19207: Bitcoin And Anarchy Have Rules Without Rulers was posted on September 29, 2022. This post may include a link to a website operated by a 3rd party. MegaSheep doesn’t claim to own or represent any of the trade names, products or trademarks associated with any of the linked posts!