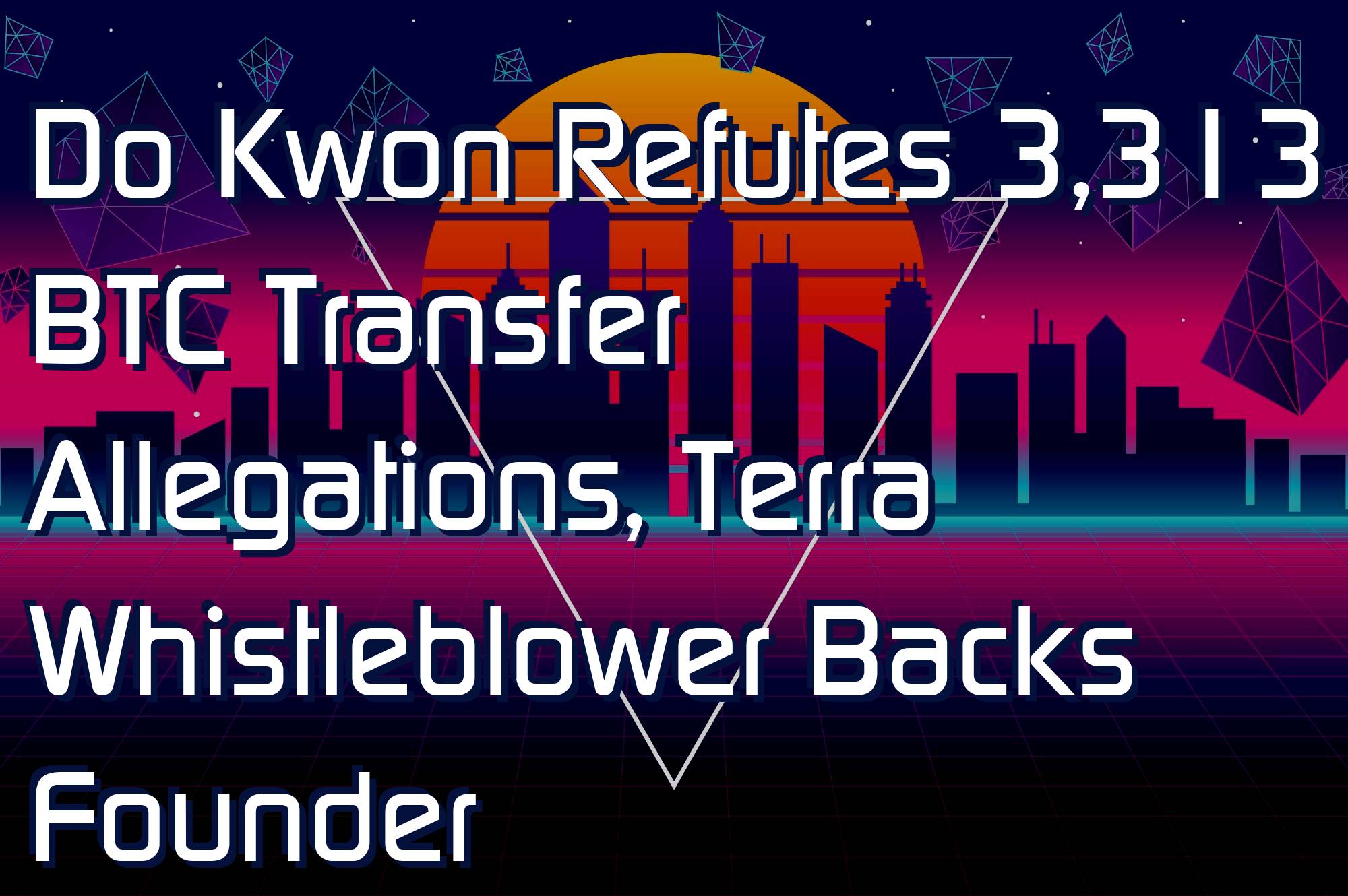 Kwon also denied these claims moving Bitcoin from LFG wallets to KuCoin and OKX. While addressing “misinformation” against him, the founder added that he hasn’t used the two crypto exchanges for over a year and confirmed the funds of LFG, TFL, and other entities have not been frozen.

But in the midst of chaos, Terra whistleblower and researcher, FatMan said he trusts Kwon.

Leaning Towards Believing Do Kwon

In the latest tweet, FatMan said he would lean towards believing the controversial Terra boss on this one and argued,

“To be honest, even though I haven’t seen the “non-public” transaction evidence myself, for once, I would lean towards believing Do Kwon on this one. Chain analysis isn’t foolproof so these flows can’t be tracked with 100% certainty (unless there are some secret Binance subpoenas).”

FatMan had earlier said he does not know who to believe and encouraged Kwon to publish a full breakdown and transaction evidence of the BTC deployed for UST.

The comment comes after South Korean prosecutors asked the two exchanges to freeze $67 million in Bitcoin linked to Kwon after tracking fund transfers from LFG wallets. As per the report, analytic platform CryptoQuant identified a new wallet address believed to belong to the LFG created on September 15, from where 3,310 Bitcoins were moved to KuCoin and OKX.

LFG soon issued a statement denying the transfer and added that no funds have been moved since the Terra collapse in May. Additionally, no new wallets have been created to transfer the funds.

The Treasury wallet shared as a piece of evidence by the LFG shows the execution of its last transaction on May 18, this year. The wallet had received nearly 71,000 BTC and spent 70,736 BTC, and held 313 BTC at press time.

Kwon was earlier issued a red notice by Interpol asking for help from global law enforcement to find and arrest the founder. Even as his whereabouts remain unknown, Kwon insisted that he is not on the run and added that he frequently goes on walks and visits shopping malls. The 31-year-old developer assured having been in constant collaboration with regulators to clear his name.

He has been charged with violating capital markets rules in South Korea and faces legal challenges in several jurisdictions.

@$19083: Do Kwon Refutes 3,313 BTC Transfer Allegations, Terra Whistleblower Backs Founder was posted on September 28, 2022. This post may include a link to a website operated by a 3rd party. MegaSheep doesn’t claim to own or represent any of the trade names, products or trademarks associated with any of the linked posts!